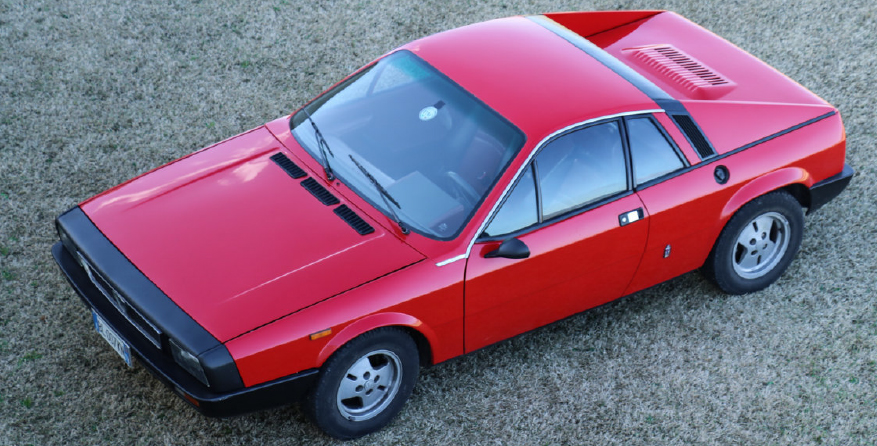 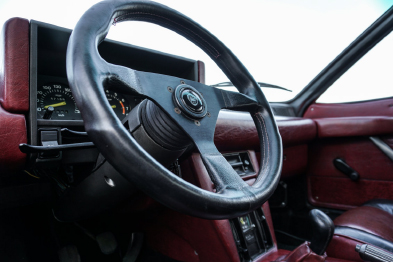 The Lancia Montecarlo is a Pininfarina-designed mid-engined sports car which was produced by Lancia in Italy from 1975 to 1981. Cars from the ﬁrst series, which were produced from 1975 to 1978, were known as Lancia Beta Montecarlos and those from the second series, produced from 1980 to 1981, simply as Lancia Montecarlos. In both cases Montecarlo was spelled as one word, unlike Monte Carlo in the Principality of Monaco. Both series were oﬀered in Coupé and Spider versions, the latter featuring a unique roll-back manually operated targa style convertible top. The Spider was sold in the United States as the Lancia Scorpion during 1976 and 1977. There were also 220 competition models built.

Fiat was seeking a replacement for its 124 Coupe so Pininfarina was commissioned to design and develop the replacement. However, Bertone came up with cheaper alternative, which became Fiat X1/9. Pininfarina continued with its project called Fiat X1/8 that called for a mid-engined sports car with 3-litre V6 motor. The X1/8 project was to be Pininfarina’s ﬁrst ever car to be wholly developed and built in house rather than basing on existing production car. Initial design work was done by 1969, and a ﬁnal design was completed in 1971 by Paolo Martin.

As to ensure the premium level of equipment, Lancia chose a two-litre twin-cam four-cylinder motor from Fiat 124 Sport Coupé, ﬁve-speed gearbox, and disc brakes at both front and rear. Because Montecarlo shared very few components with other Beta cars, Pininfarina was chosen to build the car in its entirety.

Montecarlo were available as ﬁxed head “Coupé” and as an open-roof “Spider” with a large folding canvas roof between solid A and B pillars.

It’s an amazing coupè and sport car, 2 seats comfortable, characterized by its iconic lines of 70’S by that capture every angle of its creative features. Accessibility is good and even driving at a fast speed is conforteble, dark red leather for the interiror. Steering is not servo-assisted and requires a bit ‘of practice for successful maneuvering, especially when the vehicle is standing. The clutch pedal is operated with minimal pressure, the gear box is simple to use and requires just a little practice to understand its functional features.

This car has a good load capacity within the rear trunk area. Above the spare wheel and safety/emergency equipment, there is no so much space for cabin trolley bags or even a hold luggage. 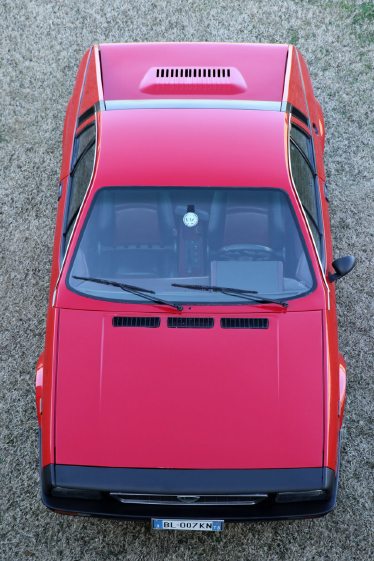 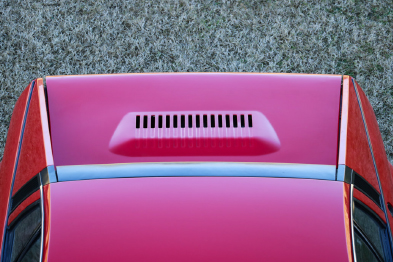 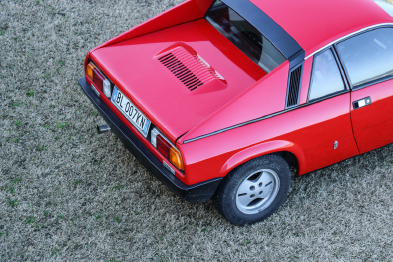