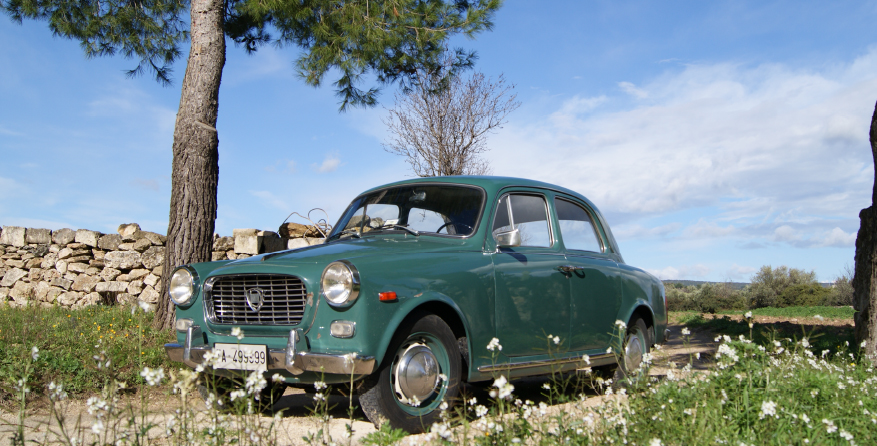 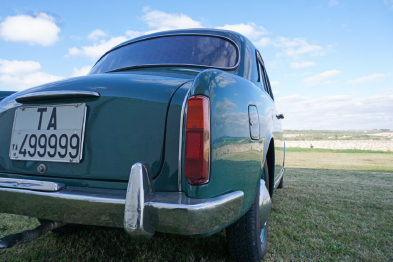 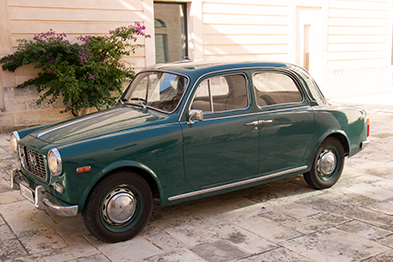 The Lancia Appia was a passenger car introduced in 1953 by Italian car manufacturer Lancia as a replacement for the Ardea, and which remained in production for ten years. The Appia was the last in a long line of Lancia production cars dating back to the Lancia Lambda (introduced in 1922) to use the famous sliding pillar front suspension. All three series produced had a Lancia V4
engine of 1089 cc.
In addition to the saloon, a number of special bodied Appias were produced, including a coupé by Pinin Farina, a convertible and 2-door saloon by Vignale and an aluminium-bodied GT by Zagato, as well as light commercial vehicle variants. In all 107,000 Appia were built: 98,000 saloons, 3,863 commercial vehicles, and 5,161 chassis supplied to coachbuilders.
In March 1959, the third series Appia was introduced at the Geneva Motor Show with a new front end. Lancia’s traditional radiator shell-style grille was ultimately abandoned, in favour of an horizontal one inspired by the Lancia Flaminia flagship. Engine power went up again to 48 PS, as did top speed, to 132 km/h (82 mph). The braking system was improved. Model designations were different from the previous two series. In its third iteration the Appia was finally mature, and 55,577 saloons were made,
the vast majority in left hand drive.

From Dolce vita to today, this beautiful wedding car has front engine, rear wheel-drive, four seats, characterized by its iconic lines every angle of its creative features. Accessibility is good and even driving conforteble. Chauffeur driven assistant service is included for this model of car.

This car has a good load capacity within the rear trunk area. Above the spare wheel and safety/emergency equipment, there is
enough space for 3 trolley bags. 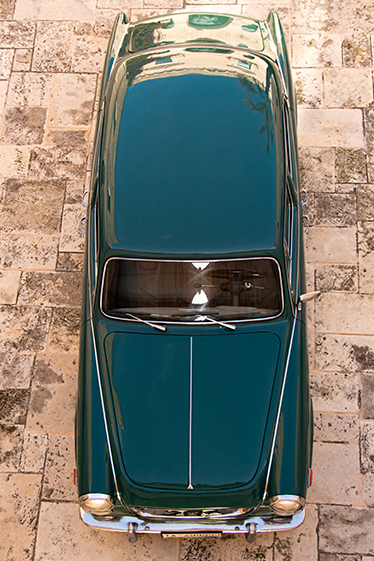 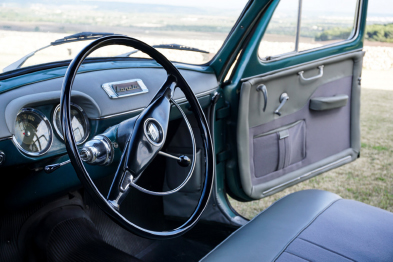 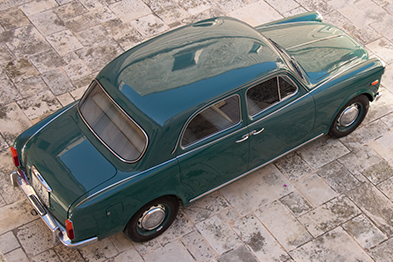