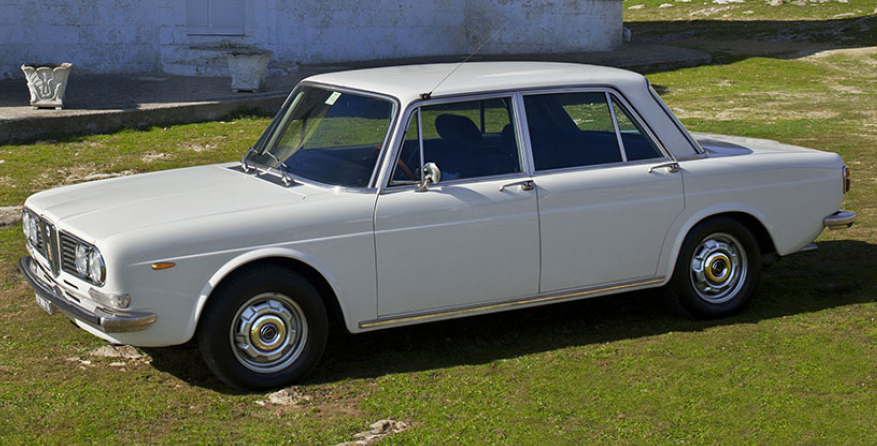 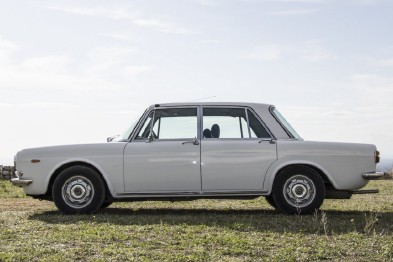 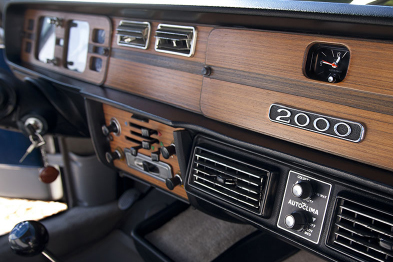 The 2000 sedan kept the central part of the body (roof, doors, interior) and the entire drivetrain (except for some improvements to the fuel injection) of its predecessor, the second series of the Flavia.

The most important changes were made to the front and rear of the body where the designers reinterpreted the styling in a more modern idiom. In particular, the tail was squared and simpliﬁed, and the nose lost its separate air intake and headlamp nacelles. The mechanics retained most of the Flavia’s speciﬁcations including the front-wheel drive, boxer engine, independent suspension and disc brakes all around, with vacuum-assist and split-circuits (called “Superduplex” by Lancia).The 2000 used the 1991 cc 4-cylinder boxer engine, available in either carbureted form (115 hp) or with fuel-injection (126 hp). The transmission was a 4-speed manual-type for the 2000 equipped with a carburetor, and a manual 5-speed for the fuel-injected 2000. Since the 2000 was given a ﬂagship role for Lancia (following in the footsteps of the prestigious Flaminia), the 2000 was given a high standard of ﬁnishes (ﬁne wood for the dashboard and velvet or leather upholstery) and standard or optional equipment including hydraulically operated power steering , air conditioning, electric windows and sun blinds. Because of the 2000s high production costs, Fiat was not in favor of putting the model into production, despite it being ready for production in 1969, which delayed its launch. But in the absence of any other new Lancia ﬂagship models being ready, the 2000 was nonetheless launched in 1971. The 2000 was considered by many fans of the marque to be “the last real Lancia” due to the high build quality that the later models (Beta and Gamma) lacked. One example was used in the Ron Howard ﬁlm “Rush”. After breaking down on a roadway in Italy, it was the car that picked up Niki Lauda and his future wife. The owner of the car insisted Lauda drive even though it was “it was dog shit”. He opened it up after being convinced to drive fast because his future wife asked him to.

It’s a fascinating saloon car, 4 seats comfortable, characterized by its iconic lines of 70’S by that capture every angle of its creative features. Accessibility is good and even driving at a fast speed is conforteble, wood and blu velvet metirial for the interiror. Steering is not servo-assisted and requires a bit ‘of practice for successful maneuvering, especially when the vehicle is standing. The clutch pedal is operated with minimal pressure, the gear box is simple to use and requires just a little practice to understand its functional features. 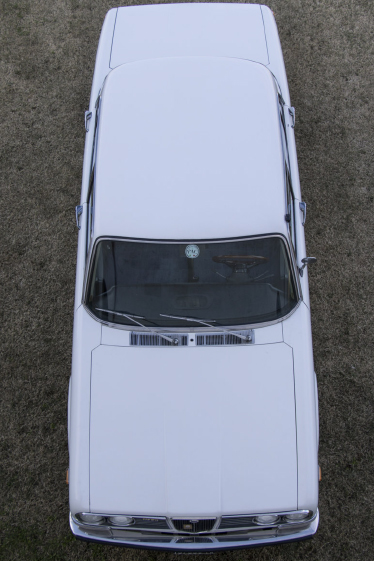 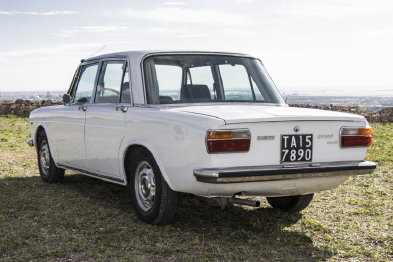 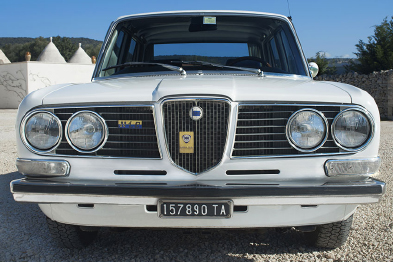