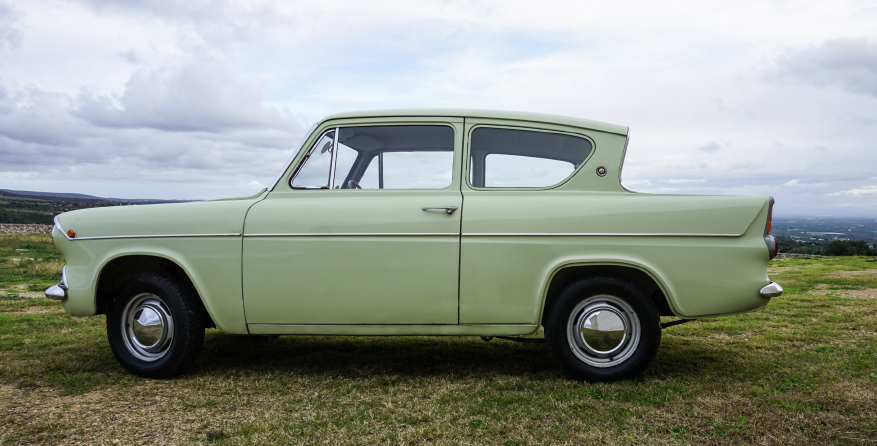 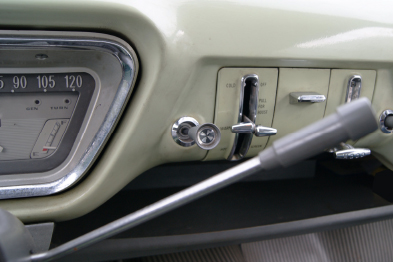 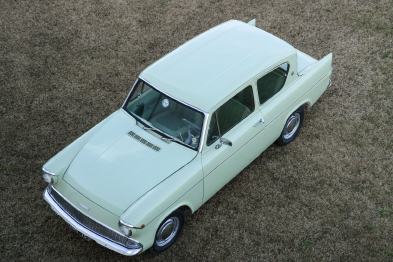 The fourth Anglia model, the 105E, was introduced in 1959. Its American-influenced styling included a sweeping nose line, and on deluxe versions, a full-width slanted chrome grille in between prominent “eye” headlamps. Its smoothly sloped line there looked more like a 1950s Studebaker (or even early Ford Thunderbird) than the more aggressive-looking late-’50s American Fords, possibly because its British designers used wind-tunnel testing and streamlining. Like late-’50s Lincolns and Mercurys (and later the Citroën Ami of France and the Consul Classic), the car sported a backward-slanted rear window (so that it would remain clear in rain, according to contemporary marketing claims).
The new styling was joined by something the smaller Fords had been needing for some time, a new engine – a 997 cc overhead valve (OHV) straight-four with an oversquare cylinder bore that became known as the “Kent”. Acceleration from rest was still sluggish, but it was much improved from earlier cars. Also new for British Fords was a four-speed manual gearbox with synchromesh on the top three forward ratios.
The car’s commercial success has subsequently been overshadowed by the even greater sales achieved by the Cortina: in 1960, when 191,752 Anglias left Ford’s Dagenham plant in the 105E’s first full production year, it set a new production-volume record for the Ford Motor Company.

It’s a fascinating saloon, comfortable, characterized by its iconic lines that capture every angle of its creative features. Accessibility is really good. Steering is not servo-assisted and requires a bit ‘of practice for successful maneuvering, especially when the vehicle is standing. The clutch pedal is operated with minimal pressure, the gear box is simple to use and requires just a little practice to understand
its functional features. The car is equipped with front and rear disc brakes, with the additional feature of servo assisted braking system. 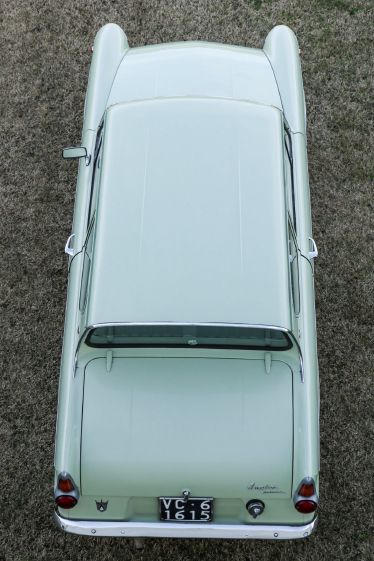 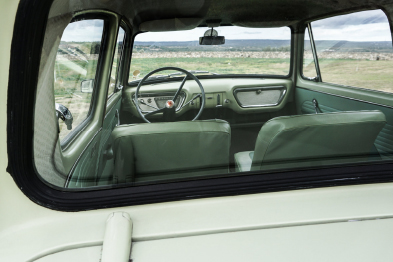 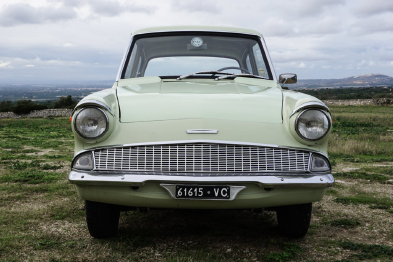