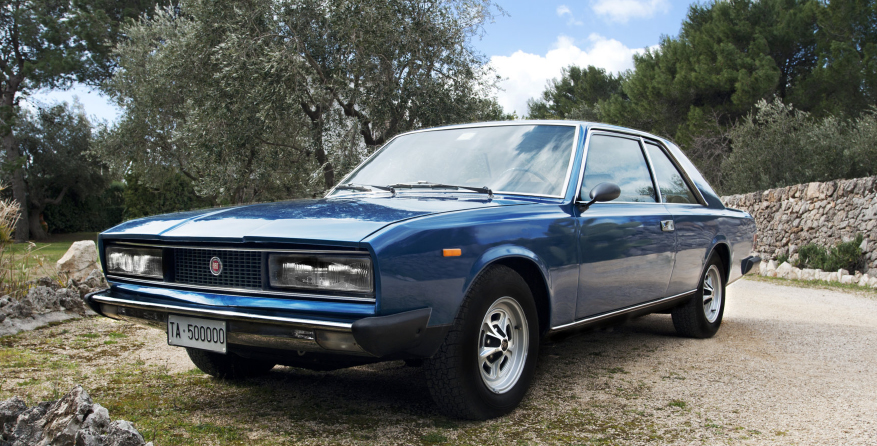 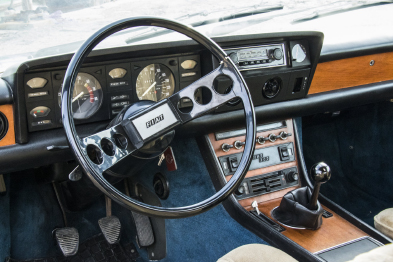 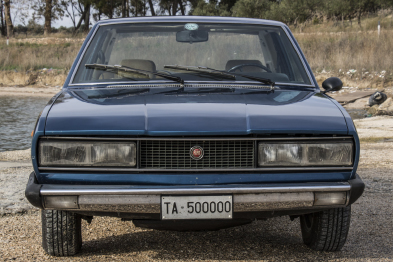 The Fiat 130 is a large six cylinder executive car produced by Italian car manufacturer Fiat from 1969 to 1977. It was available as a 4-door saloon and as a 2-door coupé.
The Coupé, based on the same platform, was introduced in March 1971 having been designed by Paolo Martin of Pininfarina, who also manufactured the car. With a unique interior design (adopted in the saloon when it was upgraded to the 130B version which also featured the Coupé’s enlarged 3235 cc V6), it featured a button-operated mechanism allowing the driver to open the passenger-side door. In addition to this model, there were two one-off variations built, a 2-door estate named Maremma and a 4-door saloon named Opera.
The 130 Coupé appeared in 1971 at Geneva motor show exhibiting a completely new 2-door body and a completely new interior. Both exterior and interior styling were the work of Paolo Martin at Pininfarina. The car won a design prize, attributed to Pininfarina, and this helped Pininfarina begin a new life after all those years relying on the “Fiat 1800/Peugeot 404/Austin A60” concepts.
Pininfarina extended the Fiat 130 Coupé line with two proposals that were rejected by Fiat: the Maremma in 1974 (2-door shooting brake) and the Opera in 1975 (4-door saloon). Paolo Martin never got involved in these Fiat 130 Coupé variations, as he left the company soon after the design prize in 1971.
The seats were shaped and designed by Paolo Martin with the collaboration of Giovanni Gottin, a specialist established in Turin. The dashboard was redesigned with sporty round dials, using white needles. The central console was redesigned by Paolo Martin, featuring wooden veneer, a row of switches and soft illumination throughout using state of the art fibre optics. The steering
column is adjustable for rake and reach. The driver’s seat has a degree of height adjustment.

Practical advice
It’s a fascinating coupè, comfortable, characterized by its iconic lines that capture every angle of its creative features. Accessibility is very good , all the seats are confortable like an Italian sofà.
Steering is not servo-assisted and requires a bit ‘of practice for successful maneuvering, especially when the vehicle is standing. The gear box ia 5 speed, the clutch pedal is operated with minimal pressure, the gear box is simple to use and requires just a little practice to understand its functional features.

Luggage advice
This car has a great load capacity within the rear trunk area. Above the spare wheel and safety/emergency equipment, there is
enough space for two cabin trolley bags or even a hold luggage. 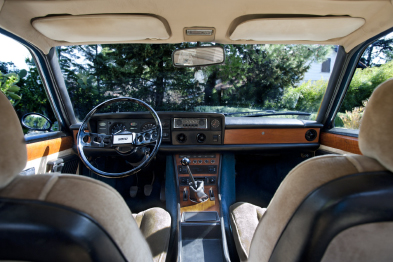 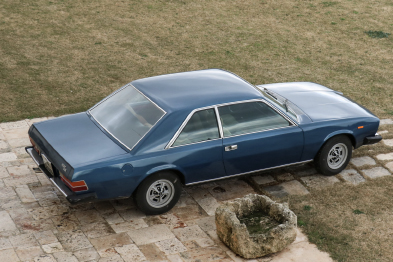