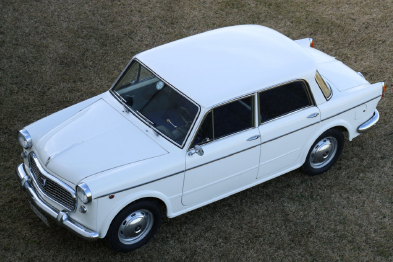 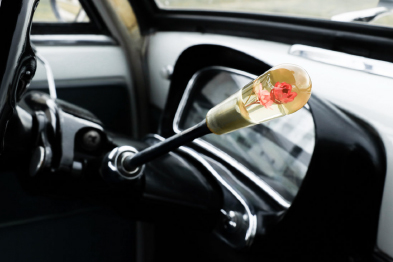 Late in 1960 the 1958 1100/103 D and the 1110/103 H Lusso were replaced by three models, ﬁrst shown at the November 1960 Turin Motor Show: the 1100 Export, the pricier 1100 Special, and the 1100 Familiare station wagon.. The Special changed its name depending on the market—e.g. it was named Speciale in Italy and Spezial in Germany. The main diﬀerence between Special and Export saloons was the sheetmetal: the Export used a 103 H Lusso bodyshell, while the Special became the ﬁrst 1100 with four front-hinged doors, as it adopted the more modern 1200 Granluce bodyshell. Otherwise the two saloons had nearly identical interior trim and equipment. Both had been stripped of the Granluce and Lusso’s glitzy trim and their complex paint schemes— though a contrast colour roof remained optional on the Special. Sole concessions to ornamentation were a chrome spear down the side and factory-ﬁtted whitewall tyres, with a thicker band on the Special. Export, Special and Familiare all used the same front end, as ﬁtted to the Lusso and the 1959 restyled Granluce; front and rear the bumpers had less bulky over-riders, without rubber inserts. 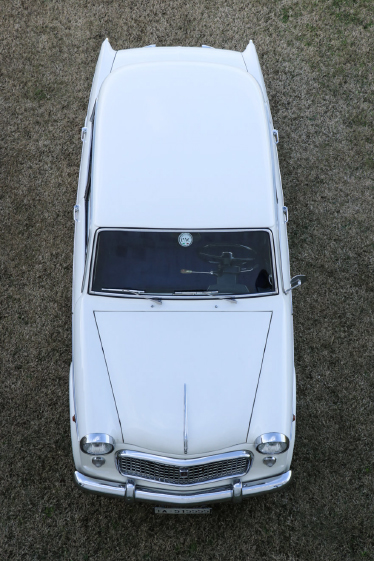 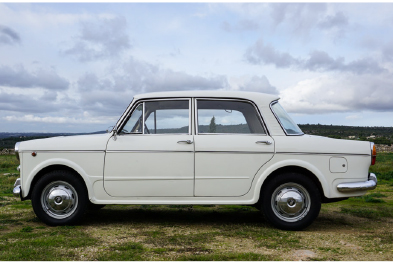 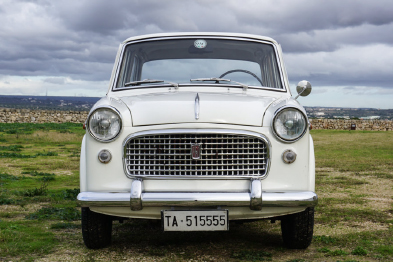