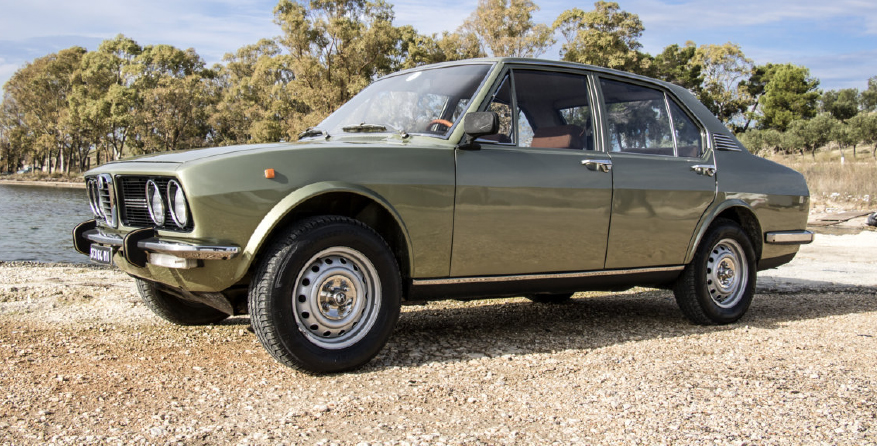 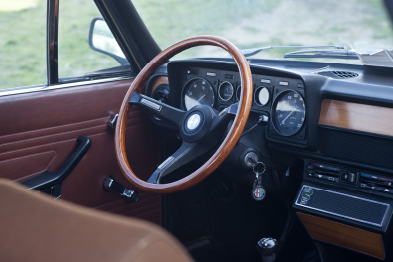 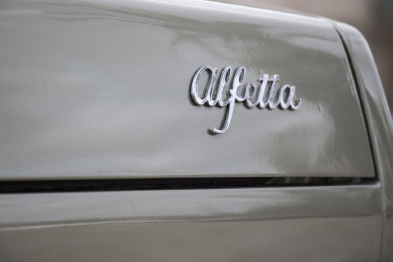 The Alfetta is the sedan of the seventies that best represents the spirit of Alfa Romeo, that is, the desire to give a sporty inspiration to a car for families. Designed by the Alfa Romeo style center, it was presented in 1972 and took its name from the racing cars that won races in the 1950s. In 1950 and 1951 Nino Farina and Juan Manuel Fangio won the Formula One world championship aboard the Alfa 158 and 159 renamed precisely “Alfetta”.

The Alfetta introduced a new drivetrain layout to the marque. Clutch and transmission were housed at the rear of the car, together with the diﬀerential for a more balanced weight distribution, as used on the Alfetta 158/159 Grand Prix cars. The suspension relied on double wishbones and torsion bars at the front and a De Dion tube at the rear. The Alfetta saloon was launched in 1972, with a 1.8-litre four-cylinder as a three-box, four-door, ﬁve-passenger notchback saloon (“Berlina” in Italian) designed in-house by Centro Stile Alfa Romeo. The front end was characterised by twin, equal-sized headlamps visually connected to a central narrow Alfa Romeo shield by three chrome bars (Scudo Stretto), while the tail lights featured three square elements.

It’s a fascinating saloon car, 4 seats comfortable, characterized by its iconic lines of 70’S by that capture every angle of its creative features.Accessibility is good and even driving at a fast speed is conforteble, wood and velvet metirial for the interiror. Steering is not servo-assisted and requires a bit ‘of practice for successful maneuvering, especially when the vehicle is standing. The clutch pedal is operated with minimal pressure, the gear box is simple to use and requires just a little practice to understand its functional features. 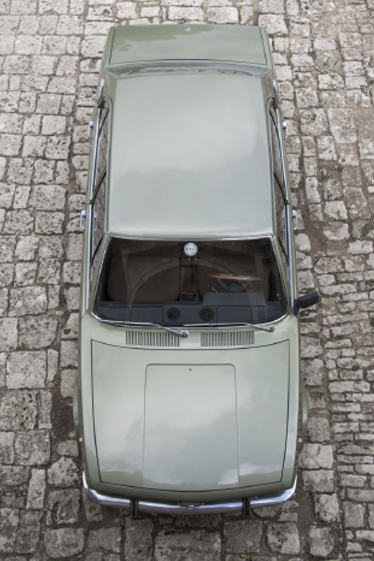 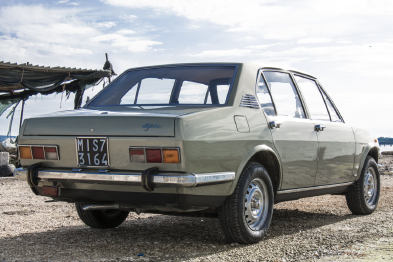 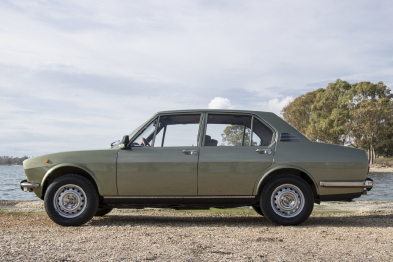